Dock Street Dam is a run-of-the-river low-head dam located on the Susquehanna River in Harrisburg, Pennsylvania. The dam is a hollow reinforced concrete slab-and-buttress structure approximately 6 feet high, 3,460 feet long that creates a 3-mile lake with 1,500 acres of surface area. Dock Street Dam was originally built in 1913 to eliminate stagnant mosquito-breeding pools along the river during low flow periods, control odors by submerging the sewer pipe outlets along the riverbanks, and create a lake for water recreation.  Today the dam creates an important flatwater recreation resource for the City of Harrisburg and surrounding communities and is a favorite destination for fishermen and boaters.

Direct access to the dam from the north shore (Harrisburg side) of the river is provided by a wide concrete pedestrian walkway and bike lane along the bank of the river. Warning signs are installed at the dam abutments and on the downstream bridge along with buoys to mark the presence of the dam to warn boaters.

A common characteristic of low-head run-of-the-river dams, such as Dock Street Dam, is that they are typically less than fifteen feet high, have continuous overflow, and the overflow can create a transient hazardous hydraulic condition known as a submerged hydraulic jump or roller that exhibits a strong recirculating current that can trap and drown victims. As the water plunges over the dam, it entrains air causing boils that reduce the density of the water and the buoyancy of floating objects, including boats and persons wearing life jackets. Due to their 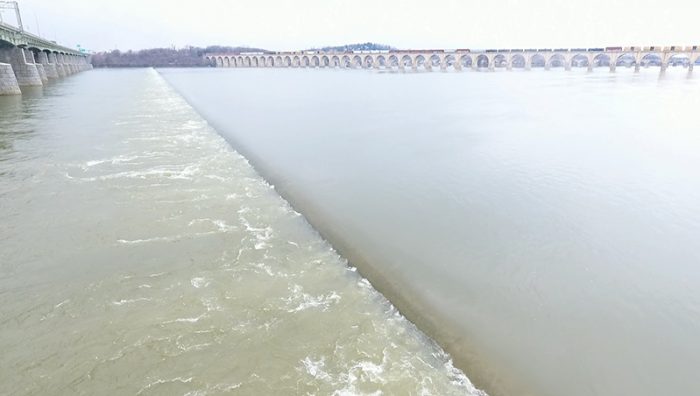 this zone push victims to the bottom and downstream where the flow is less aerated.  Victims then float to the top and are returned to the face of the dam by the top current where the cycle is repeated.  The flow velocities and forces of the water currents at the downstream side of a low-head dam are usually too large for even experienced swimmers to escape.  First responders and bystanders unaware of the hazards often become victims while trying to rescue others that have become trapped.  This has occurred at least one time at Dock Street Dam when on June 24, 1960, a first responder drowned while attempting to recover a drowning victim.

For boaters and swimmers approaching the dam from the downstream side, oftentimes the danger is not realized until it is too late. When approached from upstream, the dam is difficult to detect or may not appear dangerous. 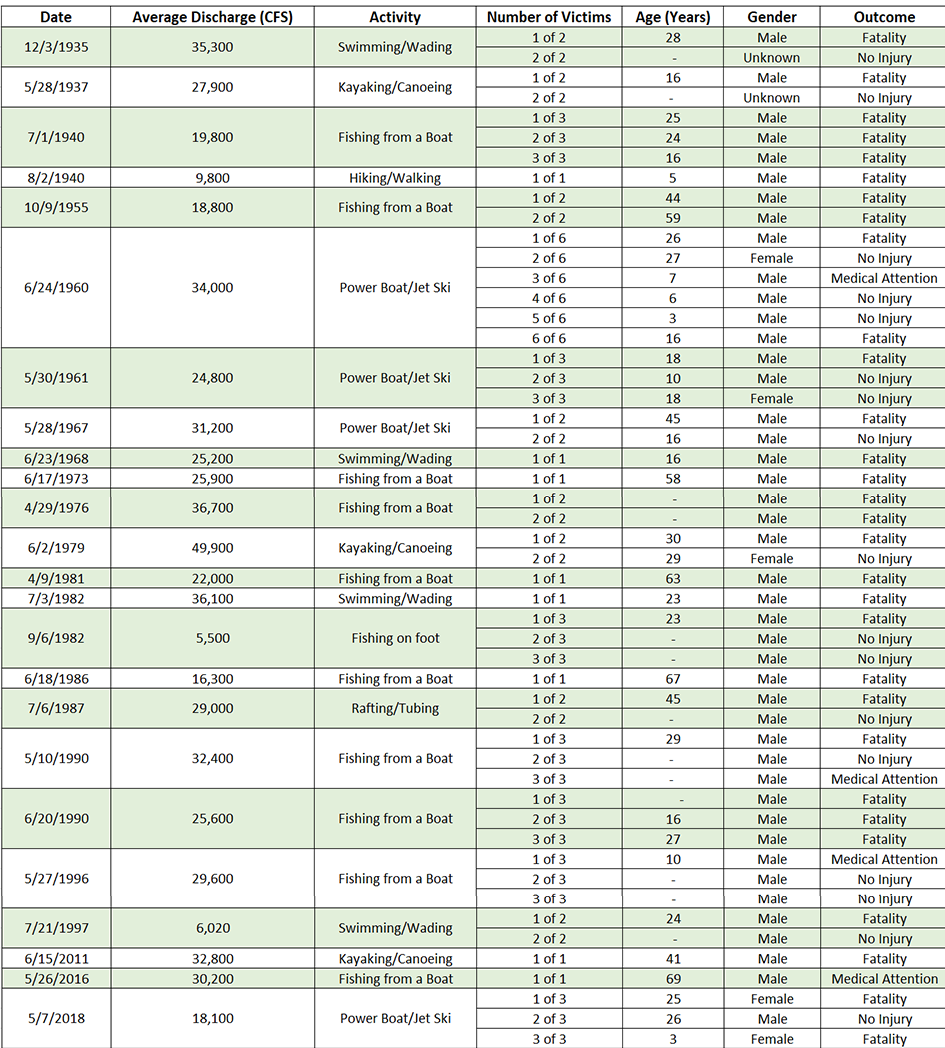 Because of the hydraulic characteristics of the low head dams as stated above, the Dock Street Dam has presented a transient safety hazard to persons that visit the site since it was constructed in 1913.  Recent research by a local news reporter (Article 1, Article 2) documented 30 deaths and 30 near-fatalities at this dam between 1935 and 2018. It is possible that more fatalities have occurred at this dam that were not documented, especially any prior to 1935. Table 1 presents the date of each incident, the activity that resulted in the incident, the number of victims, their age and gender, and the outcome. Table 2 presents a summary of the type of incident and a count of the victims. This information is also shown graphically on Figures 1 through 5 (located under the photo tab).

Based on the available incident data between the years 1935 and 2018, approximately 80% of the incidents and 80% of the fatalities occurred during a watercraft-related activity (fishing from a boat, power boating, kayak, floating, jetski, etc.). A common report among rescued victims was that they were unaware of the surface current immediately downstream of the dam that carried their watercraft upstream towards the dam into the hazardous recirculating current.

The majority of the victims (approximately 90%) are male.  No meaningful trend could be observed pointing to the age of the victims or the time of year other than the fact that no incident occurred during the winter months between January and March, and that the months of May and June had the highest number of incidents.

Analysis of river flow on the dates of each incident appears to indicate that the hazardous transient hydraulic condition at the dam occurs during flows between 8,000 and 60,000 cfs.  These flows agree with detailed computational fluid dynamic modeling performed by the author for this site.  Below 8,000 cfs, the hydraulic jump appears to be fully developed and swept downstream.  Above 60,000 cfs, the dam is submerged and the upstream surface current appears to be eliminated.  Hazardous conditions at the dam occur primarily when flows are between the 8,000 cfs and 60,000 cfs thresholds. Comparing this information with a plot of the percent of time the river flows are equaled or exceeded indicates that this hazardous transient condition exists at the Dock Street Dam approximately 70% of the time.

Figure 1: The magnitude of incidents and victims at Dock Street Dam due to various activities, given in numbers and in percentage 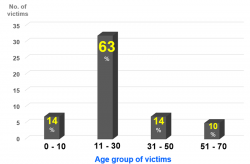 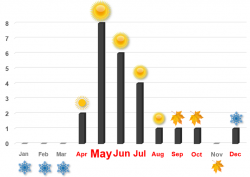 Figure 4: Which months have the most recorded incidents at Dock Street Dam?

FIgure 5: This figure presents the percent flow exceedance relationship at Dock Street Dam using stream gage daily records from the years 1890 – 2019 (129 years of data). Plotted with red triangles are the flows corresponding to the incidents that occurred at the dam related to being trapped by the hydraulic roller. The dotted red rectangle shows the window of flows predicted by CFD modeling within which dangerous hydraulic conditions that are capable of trapping victims are prone to occur. 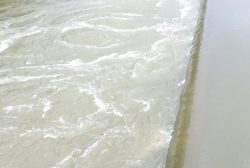 Dock Street Dam during a low-water condition in 1995. The shape of the low-head dam can be seen in this photograph. (Photo Source: Christine Vendel, Penn Live) A fisherman illegally fishes from on top of the Dock Street Dam when the water was low in 2005. (Photo Source: Christine Vendel, Penn Live) CCTV footage of the most recent drowning incident at Dock Street Dam when a mother, her 3-year-old daughter, and their family dog were killed due to their boat capsizing while approaching Dock Street Dam on the night of May 7, 2018.

News video footage from an incident in 2012 when a boat went over Dock Street Dam. Fire-fighting crew rescued two people from the boat shown in the video.

Full video of an actual rescue at Dock Street Dam on May 26, 2016, taken by an onlooker.

News video showing the only signs available upstream and downstream of Dock Street Dam prior to April 2019. 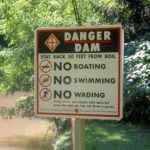 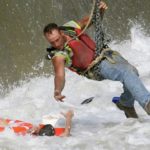 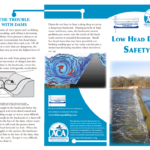 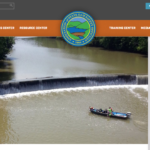 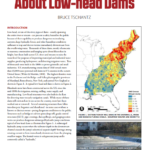 What We Know (and Don't Know) About Low-Head Dams 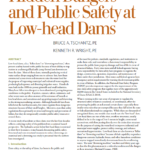 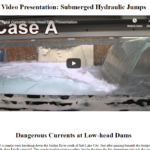 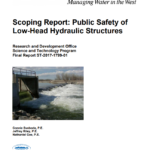 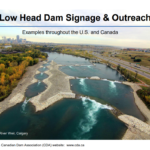 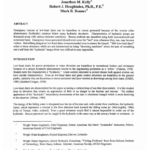 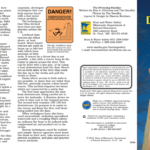 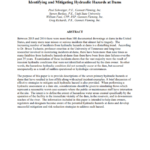 Don't Go with the Flow! Identifying and Mitigating Hydraulic Hazards at Dams 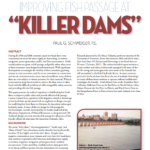 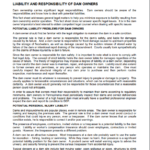 Liability and Responsibility of Dam Owners 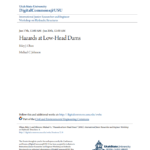 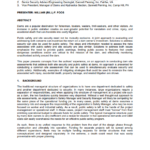 Public Safety and Security of Dams are Not Mutually Exclusive