Primary Purpose: Storage of mine tailings

Mining in the area around Mount Prestavèl in northeastern Italy dates to the sixteenth century and the extraction of argentiferous galena (a mineral of sulfur and lead).  By 1934, fluorite had become the focus of mining in the area. In 1961, the mine operator at Val di Stava switched from a gravimetric system to a froth flotation process to separate the minerals from waste and constructed a new fluorite plant. The flotation process required the use of a lot more water in the refining process, and generated wastewater and sludge, or tailings. An embankment dam was constructed at Val di Stava in 1961 as a settling basin to store and decant the leftover wet sludge from the fluorite processing. 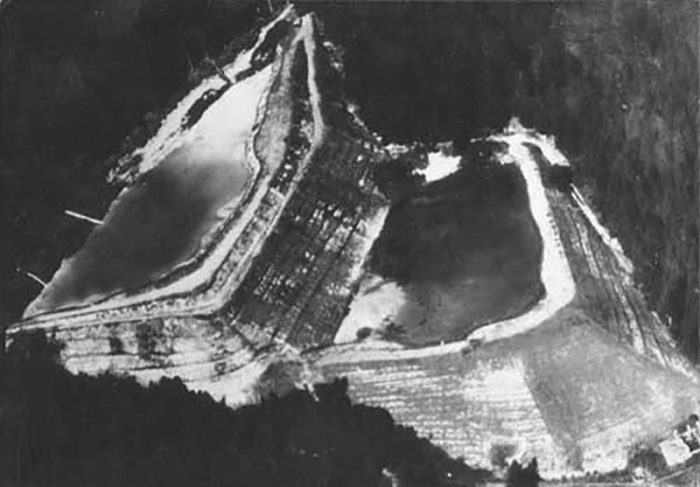 Aerial view of the dams prior to the collapse. (Photo Source: https://www.tailings.info)

Over time, the base embankment of the dam was raised in the upstream direction, as tailings were disposed of above the dam. The sludge from the fluorite processing was conveyed to the settling basin through a pipeline that was about 400 meters (1,312 feet) long. By 1969, the tailings dam was over 25 meters (82 feet) high. To expand capacity and continue production at the mine, construction of a second dam and tailings basin upstream of the first began in 1969. The basins were arranged in series so that the upper basin decanted into the lower basin. 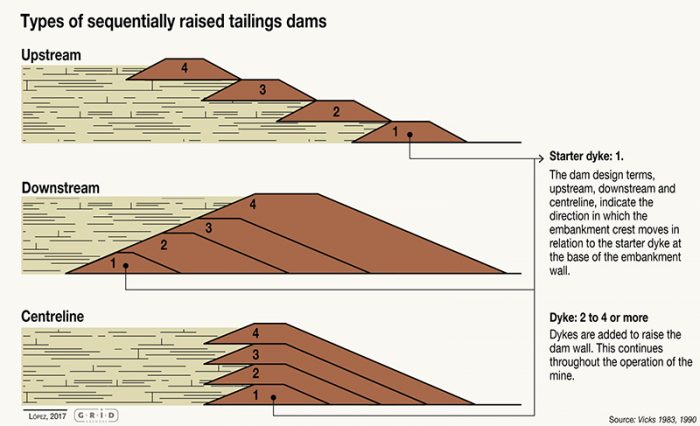 The second (upper) dam and basin at Val di Stava was initially raised with the centerline method; however, as the embankment grew, it also widened towards the valley and came to rest on the silt of the lower basin. Consequently, construction of the upper embankment transitioned to the upstream method.

Following their original construction, the upper and lower dam embankments were never inspected by regulators. Stability checks were minimal or inadequate, even as the embankments were raised with the placement of tailings. In 1974, the Municipality of Tesero asked for confirmation of the safety of the tailings dams. In response, a stability check was performed and noted that the downstream slope of the upper dam was very steep (39°) and that its stability was marginal. Despite this finding, no action was taken. The basins were not raised from 1978 to 1982. Use of the upper dam resumed in 1983 until its failure in 1985.

Shortly after 12 PM on July 19, 1985, the upper dam embankment suddenly collapsed onto the lower dam embankment, which then failed. A mudflow of sand, silt, and water raced downstream at about 90 km/hr (56 mph), sweeping away everything in its path, until it reached the Aviso River 4.2 km (2.6 mi) downstream. The debris flow killed 268 people and destroyed 3 hotels, 53 houses, 6 warehouses and 8 bridges. Damage was estimated at over €133 million. At the time of the collapse, the lower dam was 25 meters (82 feet) high and the upper dam was over 34 meters (112 feet) high, for a total storage height of nearly 60 meters (197 feet) and a volume of 300,000 cubic meters.

A combination of physical and human factors led to the collapse of the Val di Stava dams. Both dams were built with heterogenous and liquefiable materials, with the toe of the upper dam coming to rest on the tailings in the lower basin. According to statements by the design engineer and laborers on the construction of the upper basin, the surrounding area was known to be swampy with numerous springs. Similar hydrologic conditions were found at the lower basin. Mine employees believed that the tailings deposited in the basins would dewater quickly after deposition. However, the deposited tailings took longer to dewater than anticipated, which led to saturated conditions in the tailings and a higher phreatic surface in the embankments. During construction of the upper basin, the drainage pipes were incorrectly placed, and they sagged under the weight of deposited material, which then caused leaks in the drainage pipes. In the months leading up to the collapse, two sinkholes were caused by the malfunctioning of drainage pipes at the toe of the right bank of the upper basin (January 1985) and in the left bank of the lower basin (June 1985). During the January 1985 incident, downstream landowners observed water and sand leaking from the toe of the lower embankment, and a debris flow was released that extended 200 meters (656 feet) downstream. During the June 1985 incident, a drainage pipe ruptured, causing the formation of a sinkhole about 3 meters (10 feet) deep.  There was no permanent instrumentation in place to monitor the stability of the embankment or the drainage of the tailings. [Luino & De Graffe, 2012]

The Court of Trento convened a ministerial commission of inquiry following the disaster, which found that “The plant collapsed essentially because it was designed, built and managed in such a way as not to offer those safety margins that civil society expects from works that can jeopardize the existence of entire human communities. The upper embankment in particular was poorly founded, poorly drained, statically at the limit. It could only collapse at the slightest modification of its precarious conditions of equilibrium.” Investigations determined that a local slope failure occurred on the downstream face of the upper embankment which was caused by an increase in the phreatic surface; subsequently, the sandy and silty soils of the embankment liquefied and failed. The collapsed portion of the upper dam was about 100 meters (328 feet) long and its downstream movement caused the collapse of the lower embankment, sending 180,000 cubic meters of tailings downstream through the Stava valley.

In June 1992, 10 people were found guilty of the crimes of culpable disaster and multiple manslaughter for their respective roles in the disaster. Those convicted included the directors of the mine who were responsible for the operation and maintenance of the embankments, some managers of the companies that intervened in decisions regarding the construction and growth of the upper basin from 1969 to 1985, and the managers of the mining district of the Autonomous Province of Trento who completely omitted the checks on the structures. The sentences of imprisonment were reduced and none of the convicted served their prison sentence. They were sentenced to pay damages as civilians responsible for the fault of their employees.

In the years after the disaster, families of the victims and community members formed the Stava 1985 Foundation, a nonprofit organization that aims to maintain the active historical memory of the Stava catastrophe, and to strengthen the culture of prevention, proper management, and safety of structures to avoid similar disasters. Since the opening of their Information Center, thousands of visitors have made the trek to learn about Stava. The Foundation promoted and supported the creation of a Master’s program in Analysis and Management of Geotechnical Systems at Trento University in order to share knowledge in the fields of civil and environmental engineering, geological sciences, sociology, and economic science. 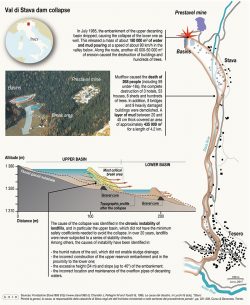 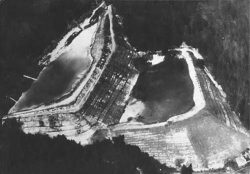 Aerial view of the dams prior to the collapse. (Photo Source: https://www.tailings.info) 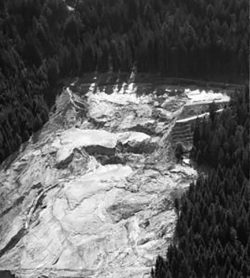 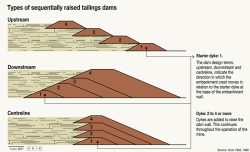 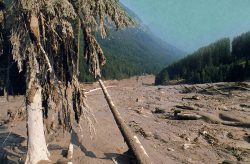 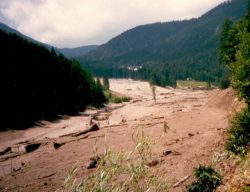 Overview of the breach inundation area 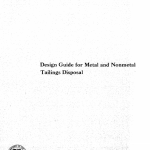 U.S. Department of the Interior Bureau of Mines Information Circular 8755 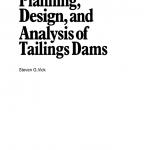 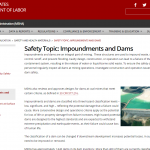 Author: U.S. Department of Labor Mine Safety and Health Administration 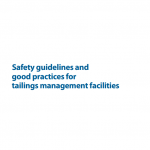